Until now subsea HIPPS has been exclusively electronic, relying on pressure transducers and logic analyser voting logic to activate the two final elements, arranged in series within the pipeline, with each valve capable of independently isolating the flow when closed. However, concerns over wax deposition and hydrate formation desensitising the transducers have limited the take up of the pipeline pressure protection system.

Severn Glocon’s topside electronic HIPPS system features isolation valves that can be maintained in-line, avoiding the cost and disruption of removing the valve during process maintenance. In addition, the valve design permits the pipeline to be pig inspected. 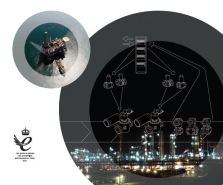 test.  The Group’s HIPPS facility enables Integrated Factory Acceptance Test (IFAT) bringing together the HIPPS components and customer and Classification Society in a single space for validation and testing of the HIPPS.

“Severn Glocon’s HIPPS systems represent a new generation of HIPPS systems offering levels of customization at every stage of the process from design, assembly, testing and implementation, no other company offers the complete HIPPS system service,” notes Mr Walker.

For example, Severn Glocon offers HIPPS closure time customised to reflect actual rather than theoretical requirements – the industry references a 2 second closure, however, this may jeopardies other parts of the process, creating a pressure surge that compounds the initial problem.

The Severn Glocon Group is able to offer a full ‘Functional Safety Management’ service. It has a dedicated HIPPS design, assembly and test facility. All HIPPS projects are performed using a standard design methodology, ensuring consistency of interpretation of IEC 61508 and IEC 61511, and HAZOP Study; under the responsibility of Certified Functional Safety Professionals.